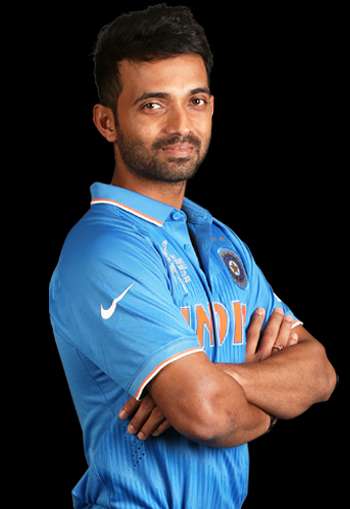 Ajinkya Madhukar Rahane (born 6 June 1988) is an international cricketer who represents India and is the vice captain in the Test format of the game. He is a right-handed batsman who made his international debut in a Twenty20 International againstEngland at Manchester in August 2011 and made his Test debut against Australia in March 2013.

Rahane made his first-class debut in 2007-08 season and averaged an impressive 62.04 after 100 innings. Rahane scored over 1000 runs three times in his first five seasons. With batsman Shikhar Dhawan injuring his fingers, Rahane made his Test debut in the 2013 Border-Gavaskar Trophy. Rahane's first Test century came at Basin Reserve, Wellington against New Zealand.