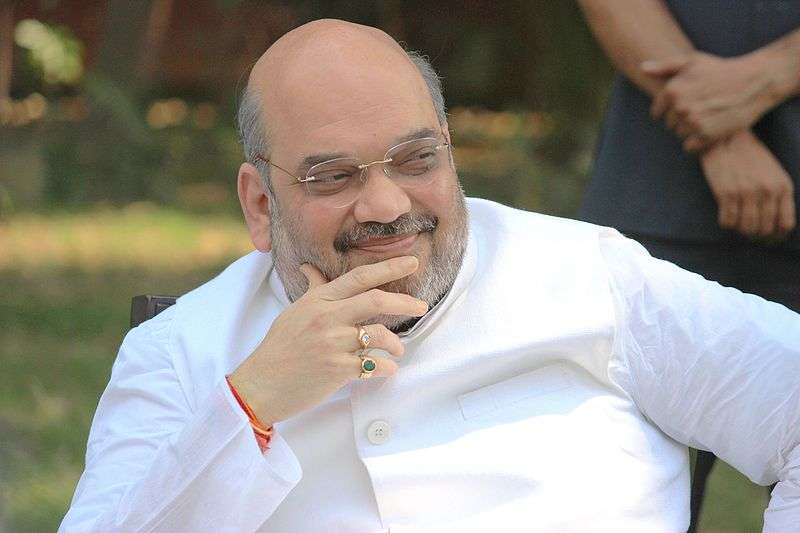 Amitbhai Anilchandra "Amit" Shah (born 22 October 1964) is an Indian politician from Gujarat and the current President of the Bharatiya Janata Party (BJP).

Shah was elected as an MLA from Sarkhej in four consecutive elections: 1997 (by-election), 1998, 2002 and 2007. He is a close associate of Prime Minister Narendra Modi, and held a number of portfolios in the state government during Modi's tenure as Chief Minister of Gujarat. He is the MLA from Naranpura, elected in the 2012 elections.

Shah was the BJP's in-charge for India's largest and most politically crucial state, Uttar Pradesh, during the 2014 Lok Sabha elections. The BJP and its allies swept the entire state, registering their best ever performance, by winning 73 out of 80 seats. As a result, Shah rose to national prominence and was appointed as the party's national president in July 2014.

Under his leadership, BJP achieved success in Legislative Assembly elections in Maharashtra, Haryana, Jammu & Kashmir, Jharkhand and Assam in 2014, but lost the elections in Delhi and Bihar in 2015. In 2017, he led the party towards landslide victory in Uttar Pradesh and Uttarakhand and marked the party's strong debut in Manipur, but the Akali-BJP alliance lost power in Punjab. BJP also won 13 seats in Goa and now tactfully runs a coalition government with Manohar Parrikar as the CM for the 4th time.

Prev Page 1 of 54 Next
fresh CATCH