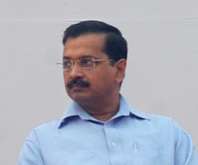 Arvind Kejriwal is an Indian politician who is the Chief Minister of Delhi since February 2015. He previously served as Chief Minister from December 2013 to February 2014, stepping down after 49 days. He is the national convener of the Aam Aadmi Party. His party won the 2015 Delhi Assembly elections with a majority, obtaining 67 out of 70 assembly seats.

Kejriwal is a graduate of the Indian Institute of Technology Kharagpur, and worked in the Indian Revenue Service as a Joint Commissioner of the Income Tax Department in New Delhi.

Prev Page 1 of 61 Next
fresh CATCH