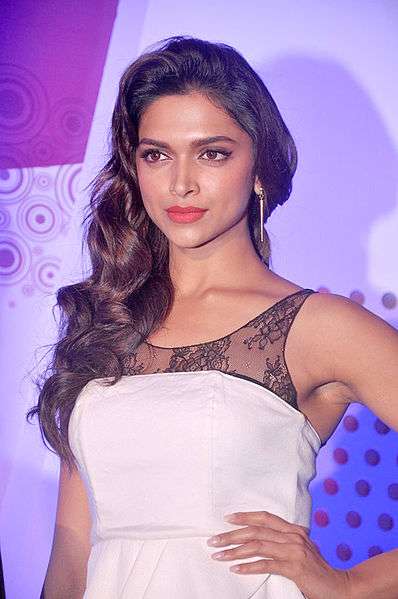 born 5 January 1986) is an Indian film actress. She is one of the highest-paid actresses in India and is cited in the media as one of the nation's most popular and attractive personalities. Padukone has established a career in Hindi films, and is the recipient of several awards, including three Filmfare Awards.

Padukone, the daughter of the badminton player Prakash Padukone, was born in Copenhagen and raised in Bangalore. As a teenager she played badminton in national level championships, but left her career in the sport to become a fashion model. She soon received offers for film roles, and made her acting debut in 2006 as the title character of the Kannada film Aishwarya. Padukone then played a dual role in her first Bollywood release-the 2007 blockbuster Om Shanti Om-and won a Filmfare Award for Best Female Debut. Padukone received praise for portraying the lead female roles in the romance Love Aaj Kal (2009) and the drama Lafangey Parindey(2010), but her performances in the romance Bachna Ae Haseeno (2008) and the comedy Housefull (2010) were met with negative reviews.

Prev Page 1 of 26 Next
fresh CATCH