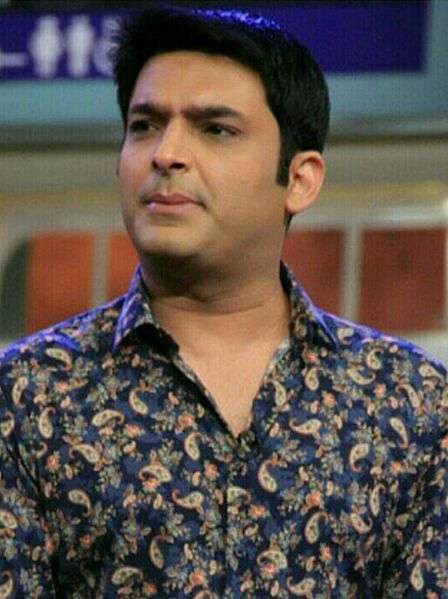 Kapil Sharma (born 2 April 1981) is an Indian stand-up comedian, television presenter and actor. He hosted a television comedy show Comedy Nights with Kapil from June 2013 to January 2016. Currently, he is hosting another comedy show on Sony Entertainment Television named The Kapil Sharma Show. He first appeared in the Forbes India Celebrity list in 2012, ranked 95th.

Ormax Media rated Sharma the most popular Indian television personality in April 2016. Forbes India ranked him 27th on their Celebrity-100 list in 2015. He was awarded the CNN-IBN Indian of the Year 2013, in the Entertainment category and was ranked third in the Most Admired Indian Personality List by The Economic Times in 2015. Sharma was nominated for the Swachh Bharat Abhiyan by the Indian Prime Minister Narendra Modi and was invited to the Rashtrapati Bhavan by President Pranab Mukherjee in September 2015 to acknowledge his contribution for the same.