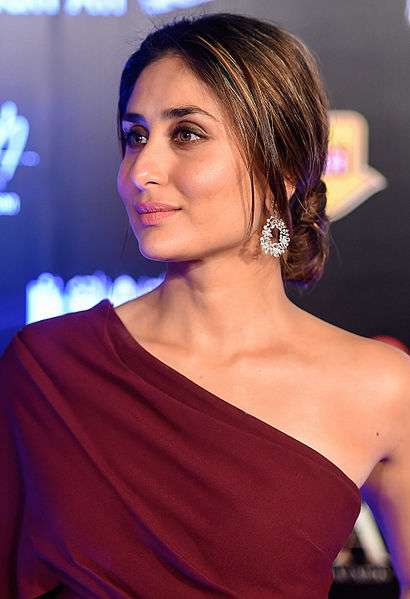 Kareena Kapoor also known by her married name Kareena Kapoor Khan, is an Indian actress who appears in Hindi films. She is the daughter of actors Randhir Kapoor and Babita, and the younger sister of actress Karisma Kapoor. Noted for playing a variety of characters in a range of film genres—from romantic comedies to crime dramas—Kapoor is the recipient of several awards, including six Filmfare Awards, and is one of Bollywood's most popular and highest-paid actresses.
Married to actor Saif Ali Khan, with whom she has a son, Kapoor's off-screen life is the subject of widespread coverage in India. She has a reputation for being outspoken and assertive, and is recognised for her contributions to the film industry through her fashion style and film roles. In addition to film acting, Kapoor is a stage performer and has contributed as a co-author to three books: an autobiographical memoir and two nutrition guides. She has also launched her own clothing line in association with the retail chain Globus.

Prev Page 1 of 7 Next
fresh CATCH