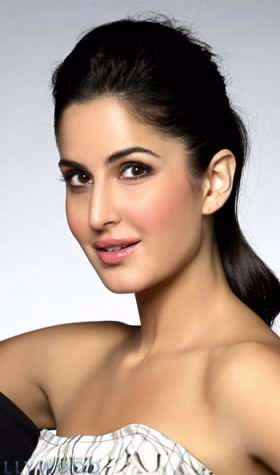 , born Katrina Turquotte; 16 July 1983) is a British[6] film actress and model. Primarily known for her work in Hindi films, Kaif has also appeared in Telugu and Malayalam films. In addition to being one of Bollywood's highest-paid actresses, she is considered one of India's most attractive celebrities by media.

Born in Hong Kong, Kaif and her family lived in several countries before she moved to London. She received her first modelling assignment as a teenager and later pursued a career as a fashion model. At a fashion show in London, filmmaker Kaizad Gustadspotted Kaif and decided to cast her in Boom (2003), a critical and commercial failure. While filming in India, Kaif received modelling assignments and established a successful modelling career. However, filmmakers were hesitant to cast her due to her poor command of Hindi. After appearing in the Telugu film, Malliswari (2004), Kaif earned commercial success in Bollywood with the romantic comedies Maine Pyaar Kyun Kiya? (2005) and Namastey London (2007). She followed with a series of box-office hits, but was criticised for her acting, repetitive roles and inclination to male-dominated films.

Prev Page 1 of 23 Next
fresh CATCH