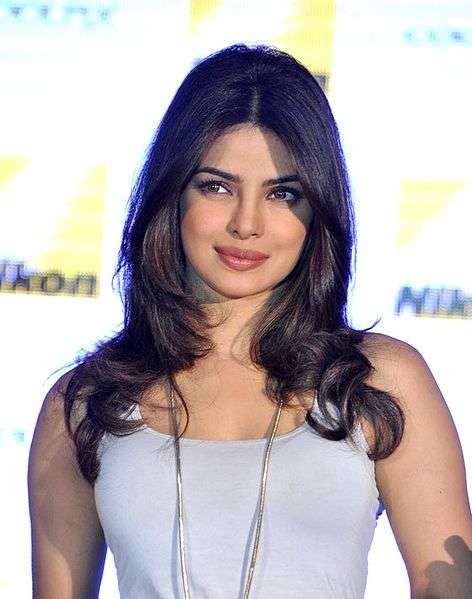 Priyanka Chopra(born 18 July 1982) is an Indian actress, singer, film producer, philanthropist, and the winner of the Miss World 2000 pageant. One of India's highest-paid and most popular celebrities, Chopra has receivednumerous awards, including a National Film Award and five Filmfare Awards. In 2016, the Government of India honoured her with thePadma Shri, the fourth highest civilian award, and Time magazine named her one of the 100 most influential people in the world.Although Chopra initially aspired to study aeronautical engineering, she accepted offers to join the Indian film industry, which came as a result of her pageant wins, making her Bollywood debut in The Hero (2003). This was followed by the box office hit musical Andaaz, the same year, and a critically acclaimed performance in the 2004 thriller Aitraaz. Starring roles in the highly successful productionsMujhse Shaadi Karogi (2004), Krrish (2006) and Don (2006) established her as a leading actress of Indian cinema.

Prev Page 1 of 30 Next
fresh CATCH