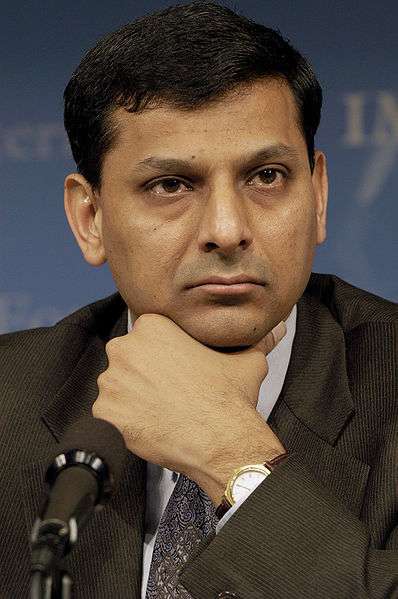 Raghuram Govind Rajan (born 3 February 1963) is an Indian economist who served as the 23rd Governor of the Reserve Bank of India, and is currently serving as the Vice-Chairman of the Bank for International Settlements. He was chief economist at the International Monetary Fund from 2003 to 2007, the youngest to occupy the position.

He was a Distinguished Service Professor of Finance at the University of Chicago Booth School of Business from 1991 to 2013, when he went on public service leave.At the Federal Reserve annual Jackson Hole conference in 2005, Rajan warned about the growing risks in the financial system and proposed policies that would reduce such risks. Former U.S. Treasury Secretary Lawrence Summers called the warnings "misguided" and Rajan himself a "luddite". However, following the 2008 economic crisis, Rajan's views came to be seen as prescient and he was extensively interviewed for the Oscar-winning documentary Inside Job (2010).