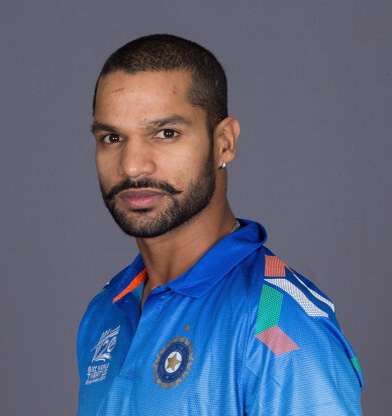 Shikhar Dhawan (born 5 December 1985) is an Indian international cricketer . He is a left-handed opening batsman and occasional right-arm off breakbowler , who plays for Delhi in domestic cricket and Sunrisers Hyderabad in the IPL .

He played for the Indian Under-17 and Under-19 teams before making his first-class debut for Delhi in November 2004. He was the player of the tournament and leading run-scorer at the 2004 Under-19 Cricket World Cup with 505 runs, a record for most runs in a single Under-19 World Cup that still stands.