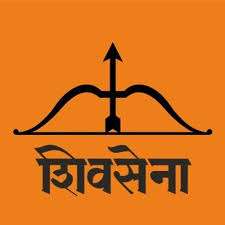 Shiv Sena (Marathi: शिवसेना) , is an Indian far-right regional political party. Its ideology is based on pro-Marathi ideology and Hindu nationalism (Hindutva), founded on 19 June 1966 by political cartoonist Bal Thackeray. The party originally emerged from a movement in Mumbai demanding preferential treatment for Maharashtrians over migrants to the city. It is currently headed by Thackeray's son, Uddhav Thackeray. Members of Shiv Sena are referred to as Shivsainiks.

Although the party's primary base is still in Maharashtra, it has tried to expand to a pan-Indian base. In the 1970s, it gradually moved from advocating a pro-Marathi ideology to one supporting a broader Hindu nationalist agenda, as it aligned itself with the Bharatiya Janata Party. The party started taking part in Mumbai (BMC) Municipal elections since its inception. In 1989, it entered an alliance with BJP for Lok Sabha as well as Maharashtra assembly elections, the latter of which was temporarily broken in October 2014 Assembly elections but it was undone soon and Shiv Sena became part of the BJP government in Maharashtra in December 2014. It has been a coalition partner in the National Democratic Alliance since 1998, including the Vajpayee Government during 1998–2004 and the present Narendra Modi Government.

Prev Page 1 of 35 Next
fresh CATCH