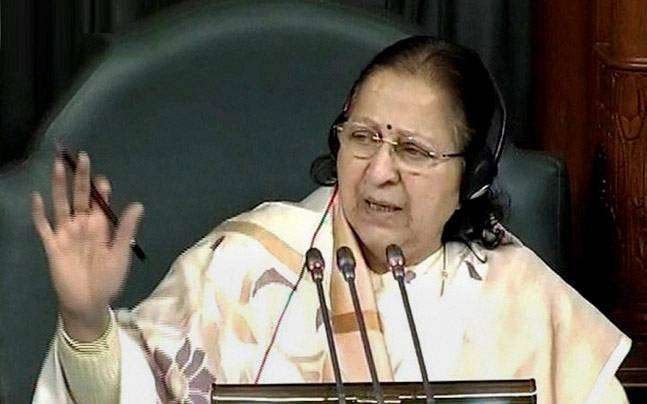 Sumitra Mahajan (born 11 April 1943) is an Indian politician who is the Speaker of the 16th Lok Sabha.She belongs to Bharatiya Janata Party. In 2014, she got elected to the Lok Sabha for the eighth time, one of three members of the 16th Lok Sabha to do so, and is currently the longest-serving woman member.

She has represented the Indore constituency of Madhya Pradesh since 1989.She served for a time as a Union Minister. She was minister from 2002 to 2004, holding the portfolios for Human Resources, Communications and Petroleum. She is the eldest and senior most among woman Members of Parliament in the 16th Lok Sabha. She is the second woman after Meira Kumar to be elected as the Speaker of the Lok Sabha. An active parliamentarian, she not only headed important committees, but has also been a keen debater and avid questioner in the house.