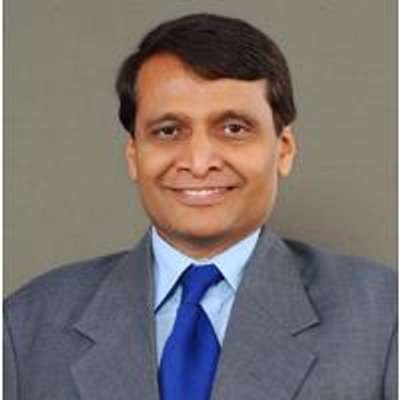 Mr Suresh Prabhakar Prabhu (born 11 July 1953) is an Indian politician and the current Railway Minister of India, under the Narendra Modi government .He is a Chartered Accountant by profession and a member of the Institute of Chartered Accountants of India . Since 1996, Suresh Prabhu has been a repeatedly elected Member of Parliament from Rajapur Lok Sabha constituency in Maharashtra as a member of the Shiv Sena (SS) political party. He quit Shiv Sena and joined BJP on 9 November 2014. He currently represents Andhra Pradesh in Upper House of Indian Parliament.