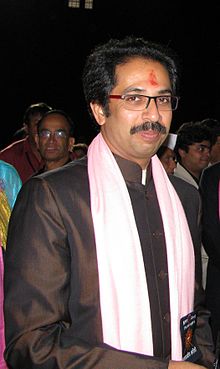 Uddhav Bal Keshav Thackeray is an Indian politician who is the chief of Hindu nationalist Shiv Sena party. He is the son of Shiv Sena founder Bal Thackeray.

Earlier, Uddhav was looking after Saamna (a daily Marathi newspaper) while being actively involved in election campaigning activities. His party won the Brihan Mumbai Municipal Corporation election in 2002 and, thereafter, he was appointed as the party working president in January 2003. Differences between Thackeray and former Shiv Sena leader Narayan Rane culminated in the expulsion of Rane from the Shiv Sena. Another split in the Sena came when Thackeray and his cousin Raj Thackeray had a falling-out, leading to Raj leaving the Shiv Sena in 2006 to form his own party, the Maharashtra Navnirman Sena.

Prev Page 1 of 13 Next
fresh CATCH