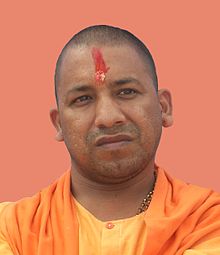 Yogi Adityanath is an Indian priest and politician with an image as a Hindutva (Hindu nationalist) "firebrand". He is the current Chief Minister of the state of Uttar Pradesh. He was appointed in March 2017 after the Bharatiya Janata Party (BJP) won the 2017 state assembly elections, in which he was a prominent campaigner. He has been the Member of Parliament from the Gorakhpur constituency, Uttar Pradesh for five consecutive terms since 1998.

Adityanath is also the Mahant or head priest of the Gorakhnath Math, a Hindu temple in Gorakhpur, a position he has held since the death of his spiritual "father," Mahant Avaidyanath, in September 2014. He is also the founder of the Hindu Yuva Vahini, an extremist and militant youth organisation that has been involved in communal violence.

Prev Page 1 of 34 Next
fresh CATCH